Plaque will be hung in City Hall 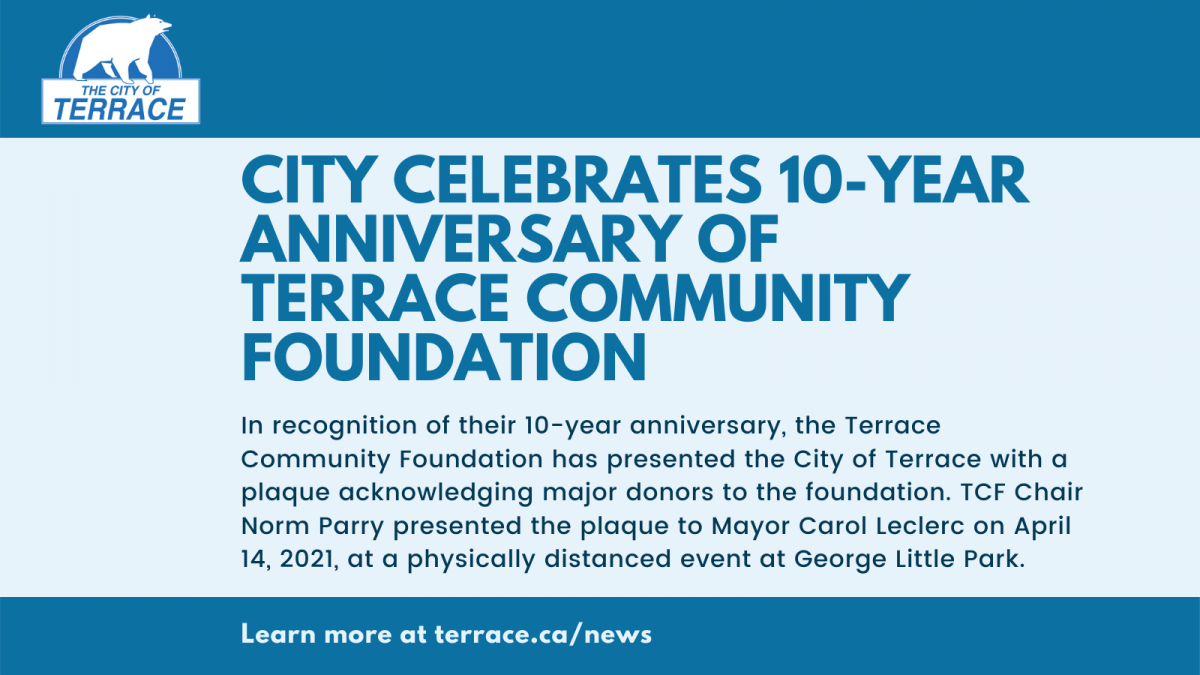 In recognition of their 10-year anniversary, the Terrace Community Foundation (TCF) has presented the City of Terrace with a plaque acknowledging major donors to the foundation. TCF Chair Norm Parry presented the plaque to Mayor Carol Leclerc on April 14, 2021, at a physically distanced event at George Little Park. 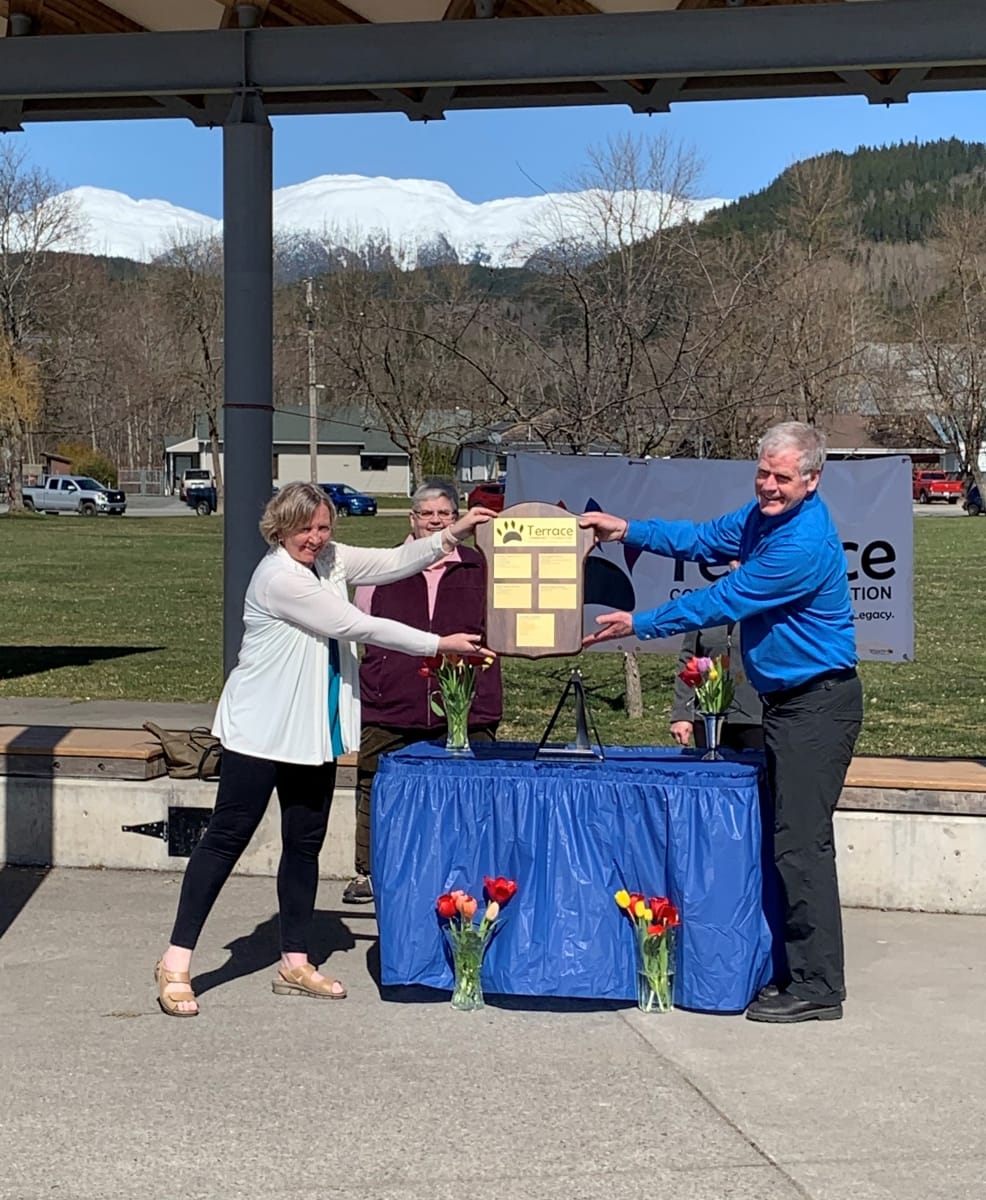 The City of Terrace created the TCF in April 2011 with initial funding from the Northern Development Initiative Trust, with the goal of supporting community development in the Terrace area through charitable giving. Since 2011, the TCF has granted $329,000 to 72 projects across 43 organizations in the community.

A total of $756,000 is currently invested in the endowment fund, including named funds from local families and groups like the new Dare to Dream Fund established last week through a substantial donation from Donnie Clark, a well-known musician who used to reside in the community. The Dare to Dream Fund will provide ongoing support to the Dare to Dream music program in Terrace. The other four named funds include the Dreger Fund (for a broad range of charitable purposes in the Terrace area), the Lemiski & Schmidt Families Fund (for children and families in the Terrace area), the Bill & Helene McRae Fund (for health, safety, and general wellbeing of the community), and the Dr. Colleen Froese Fund (for mental health, fitness, nutrition, gardening, and the arts in the Terrace area).

In addition, the TCF is planning to deliver a Vital Signs program, which is a program that the Community Foundations of Canada developed to combine data collection and local knowledge to identify community strengths and issues, and over time track progress in resolving those community challenges. Council recently voted in favour of contributing $1,000 to the project.

“The City of Terrace wishes to congratulate the Terrace Community Foundation for reaching this 10-year milestone. It is inspiring to see what great work has come out of the initial funding through NDIT and how much this organization continues to grow,” said Mayor Carol Leclerc. 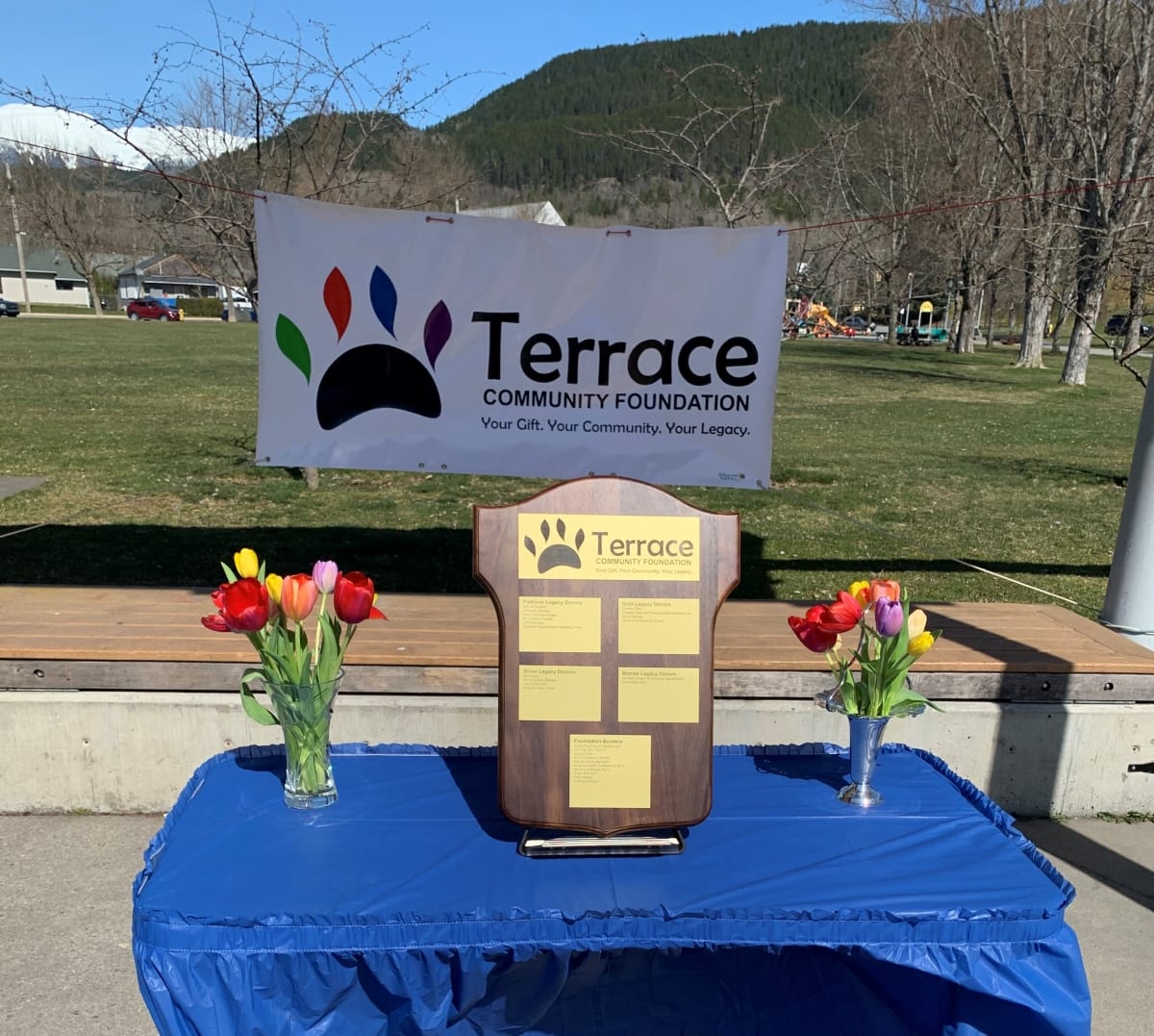 The plaque will hang outside the Mayor’s office at City Hall and provides blank spaces for future donors to be added. “There is a solid group of people looking after these funds and providing a safe place for donors like Donnie Clark to leave their legacy. For anyone out there who would like to give back to the community, this is an amazing way to do it,” said Leclerc.

To learn more about the Terrace Community Foundation, visit http://www.terracecommunityfoundation.com/

View news release as a PDF

Culture & Heritage
Our historic places, which include buildings, landscapes.

Discover Terrace
Learn about Terrace, the regional business centre for the area.

City Services
Services provided by The City of Terrace